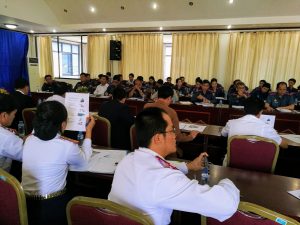 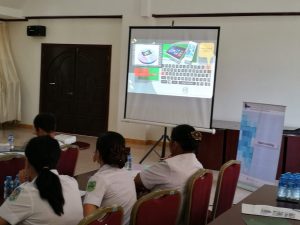 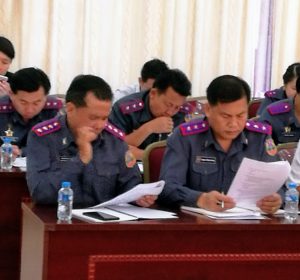 The training was organised by the Supreme People’s Prosecutor and the Institute for Legal Support and Technical Assistance (ILSTA) from Luxembourg. This initiative is part of a series of trainings that ILSTA is delivering nationwide.

An overview of crime types included environmental crimes, such as illicit wildlife trafficking; violent crime; drug crime; as well as looking at emerging crime types like cybercrime and white-collar crime.

A representative from the Anti-Money Laundering Intelligence Office (AMLIO) presented on the role and functions of financial intelligence units in Laos. The participants examined case studies to identify red flags which could indicate money laundering activities.

The training was officially opened on 4th of June by Mr Khamkhongouten Keomano, Assistant to the Prosecutor General of Lao PDR, and Mr John Connolly, Director of ILSTA, and attended by officials from the seven northern provinces: Udomxay, Phongsaly, Luang Prabang, Luang Namtha, Xayaboury, Bokeo and Huaphan.

The trainings, which are supported by the Ministry of Finance of Luxembourg and the government of Canada, will improve awareness, understanding and showcase best practices in combating different types of organised crime and the nexus with money laundering.